My nenek asks me as soon as my hand starts to shovel nasi impit kuah kacang in my mouth during a Hari Raya gathering. I stop as I start to ponder what kind of excuse I can give this time around, while ten pairs of eyes blazed in my direction, eagerly waiting for an answer.

I laughed nervously and brushed it off with a high-pitched, doraemon-like “InsyaAllah, bila ada rezeki”answer. I took my plate and went to sit outside where the men in my extended family sit, thinking I would be safe from any gossip.

As I sit down with my uneaten raya food, my Pak Ngah asks me, “Aisyah, kenapa tak ada kawan lagi ni. Tak elok kahwin lambat. Nanti susah.” Now all my uncles think they are matchmakers, after watching one episode of Netflix’s Indian Matchmaking.

I sighed and gave the same answer: “InsyaAllah, bila ada rezeki.” Which is the answer I have been feeding these people since I hit 25 years old (I’m 32 now). Strangely, no one ever asks me anything beyond that, even though I have ticked most of the education boxes, Diploma, Degree, Masters and have been working for about 10 years. I used to not give these little questions and comments much thought, but I read a book that changed my perspective about this absolutely menial conversation my extended family dances around with me year after year.

Korean bestseller, Kim JiYoung, Born 1982 was written by Korean author, Cho Nam-Joo. The book has been translated into more than a dozen languages and has sold over a million copies and adapted into a movie that was released last year, sparking intense controversy in Korean society, surrounding gender conversations. The story follows the life of 33 year old Kim JiYoung since she was a little girl up until her adulthood where she develops a psychotic break, where sometimes, she would split into multiple personalities of her mother and grandmother and other women in her life. In the book, we read about JiYoung’s struggles in juggling work and motherhood, in the background of society and gender discrimination that she faces in each stage of her life. Cho’s book has been hailed by some as giving voice to the unheard woman and igniting a public debate surrounding gender and inequality. Interestingly, Cho’s book, which is being sold in the genre fiction, had footnotes in come pages, navigating the reader to actual gender studies conducted in Korea. The writer wanted the reader to know that even though her book was made up of fictional characters, the situation that the characters go through is very much set in reality.

The book was easy to read, as the writer used a story-teling method and simple conversational English, which the reader can finish in a couple of hours over coffee. What I didn’t expect was that the book bothered me so much, emotionally and mentally in the coming days, weeks and up to this article, months. Mind you, I read this book in May.

So why did the book make me lose sleep, think about the story while I’m at work or even when I was at home or hanging out with my social circles? The book chronicles the life of a woman trying to escape gender roles that have been put in place by society, starting from when she was a little girl, trickling forward to her high school education, university life, career and as a wife and mother. This book is a heart-gripping tale of what it means to be a woman in a patriarchal society, today. Sounds familiar?

The book also spoke about a scene in JiYoung’s career life where she was working in advertising and found out that she wasn’t promoted to the exclusive planning team, headed by her female boss. Only her male colleagues were promoted. She asked her boss about why she wasn’t selected for the planning team, was it her work ethic?  Her boss told her that it was because she wanted to plan for a long-term team and women usually do not stay in a job very long because she has to get married and have a child and have to quit their jobs to take care of the child. Coming from one woman to another, this was really sad to read. This mindset of assuming women are already working for you at a disadvantage, just because she has the reproductive capabilities to bear a child seems to automatically mean she will be bad for business because the company has to pay for maternity leave.

This happened to my little sister who just recently got married and started to apply for jobs. Before she got married, it was easier to land job interviews and actually get callbacks. But after she got married, she noticed that the callbacks were less in comparison. When she did get called in for an interview, the interviewers would ask her “When did you get married and are you planning to have a family?” My little sister would often feel mortified to divulge private information that she and her husband has discussed to this stranger as part of a job interview. When she informed them she was on family planning, the follow-up question would be “What happens if you accidentally got pregnant?” To which my sister again felt ashamed that questions about her reproductive abilities stand side-by-side with her Bachelors Degree and working qualifications.

It reminded me of a board meeting that I sat in at my university a few years ago. The Vice Chancellor at that time was asking us lecturers to publish more writings and publications. I asked if he had any suggestions on how we can do that, as we are all loaded with teaching hours. He replied with a story about how when he was completing his phD, he used to stay at his university’s lab until the wee hours of the morning, completing his research and writing papers. So if he can do it, apparently we can do it too. “But if that’s the case, then who takes care of your children when you are in the lab at two in the morning?” I wondered quietly. The answer is obviously his wife. I then looked around the meeting room full of mothers who are also lecturers, wondering what they must be thinking or feeling. Did they have to choose between being a mom and an academic?

There is a scene in the book where JiYoung was at the park drinking coffee while taking her baby out for a walk. She sat on the park bench, sipping her hot cup of coffee when she overheard a conversation between a few male office workers nearby. One of them called her a ‘mum-roach’ which translated from the Korean language basically means you are leeching off your husband’s hard-earned money and get to hang out at the park doing nothing. As if taking care of a child isn’t one of the hardest jobs in the world. So which is it that would please society? Do we work hard in the working industry or become moms and raise our children?

There was another scene in the book where in her teens, JiYoung was stalked by this boy she went to school with who followed her home. He followed her on the bus and she texted her dad in a state of panic to come and pick her up at her bus stop. The boy caught up with her and confronted her saying that he thought she liked him. When Jiyoung’s dad showed up, the boy left but she was scolded for attracting boys in the first place. He warned her to not smile at boys, don’t wear skirts and dont go out at night. Somehow being stalked was her fault and let me tell you, as a girl, you take these things straight into womanhood where you are being told that if something really bad happened to you, it’s your fault. Who told you to be a woman?

According to Statista, the representation of women in parliament in Malaysia was at 9.1% back in 2005. Women slowly made their way up to 14.4% last year, and with the new Perikatan Nasional government that sprang up, we are now at 14.8% which makes it about 33 women MP’s over 222 MPs representing around 32.5 million Malaysians. So 33 women represent the voices and concerns of nearly 16 million women in our country. As a Mass Communication lecturer, my math skills are nothing to boast about, but I’m pretty sure that doesn’t look very comforting or empowering. Well, we did elect our first ever woman Deputy Prime Minister last year, Dr. Wan Azizah who did not last very long. Also, it bothers me to no end that our own Women and Family Ministry’s resolution to deal with domestic violence experienced by housewives during this great lockdown is to ‘talk like doraemon and wear makeup at home’ as ways to protect themselves from abusive husbands. These sexist tips are no wonder we are embroiled in endemic sexism in 2020. The Ministry that was supposed to protect us hasn’t changed, so why would the culture?

So now, as I am dissecting why Kim JiYoung, Born 1982 affected me so much. Reading this book through my lens as being born in 1988, raised in Malaysia, studied and built my life and career here, I have never read a piece of literature that spoke of these issues that were relatable to me on a deeply emotional level in a way that was so strong, yet so casual. This book frightens me and gives me hope at the same time. Why do I feel so restless and strongly about this book?

Then it hit me. Hard. Like a wall of bricks.

Oh no, I am Kim JiYoung.

JiYoung is also both of my sisters. My friends. My boss. My colleagues. My mom.

We need to do better for our Malaysian women. We must.

If I get anything out of this article, I actually just want my grandmother to stop asking me when I will get married and instead ask me how my life is and if I would like a second helping of her famous kuah kacang. To which the answer is my life is great Alhamdulillah, and yes please, with serunding daging on top.

A Malaysian woman can dream, can’t I? 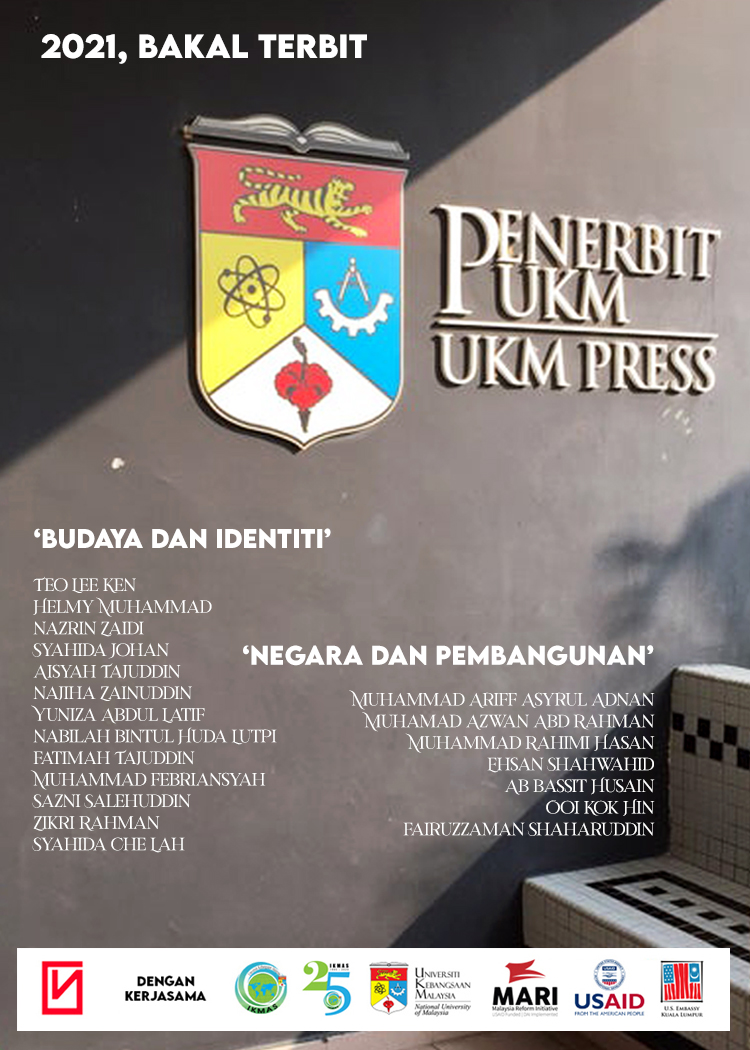